This morning I woke up hungry.

I think my stomach is all stretched out and now I’m insatiable.

And then it hit me: granola.

I’ve been playing with the idea of making granola for a while now, and had Alton’s recipe  on file in my (embarrassingly long) list of bookmarks. I found most of the ingredients in my pantry, and made adjustments for what I didn’t have. It came out perfectly.

The maple-brown sugar-cinnamon-pecan-toasted coconut combo is to die for. I like that there aren’t too many add-ins, either–I don’t like my granola fussy. I also omitted the dried fruit, because I think that’s a very personal thing. Yes, dried fruit is personal. Some people like red raisins, some like golden. Some people like craisins, while others prefer dried cherries. And some people don’t like dried fruit altogether. Stress.

So I had my perfectly simple granola with creamy cottage cheese and sweet, tangy strawberries. I think this is my ideal combo. A symphony of textures, if you will: crunchy, juicy, smooth. Mmmhmmm.

Listen to me: this recipe is a keeper. It is SO easy to put together and really doesn’t take much time at all. About five minutes of prep + an hour (I bet you could take it out after 30 if you baked it at a higher temp) of baking time and you’re done. Grab a cup of coffee, watch Regis and Kelly, do a little tae kwon do, whatever. 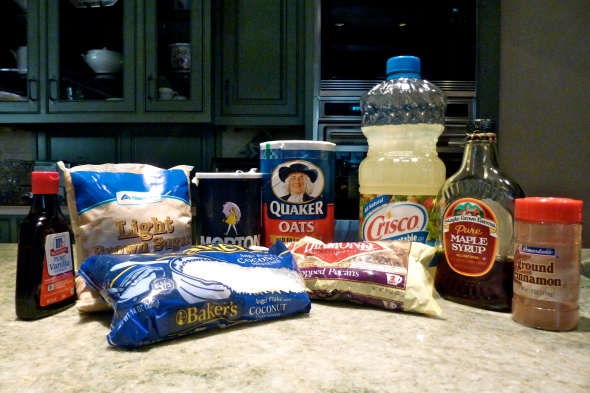 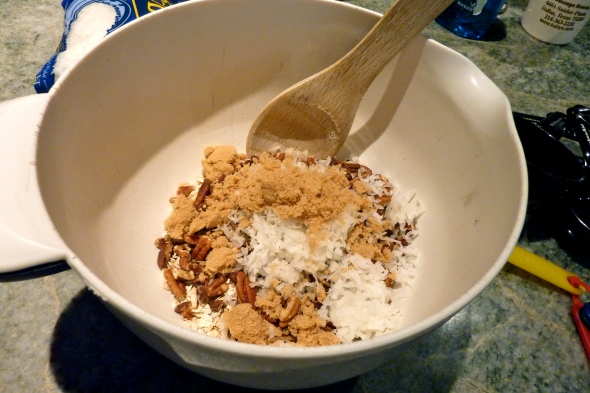 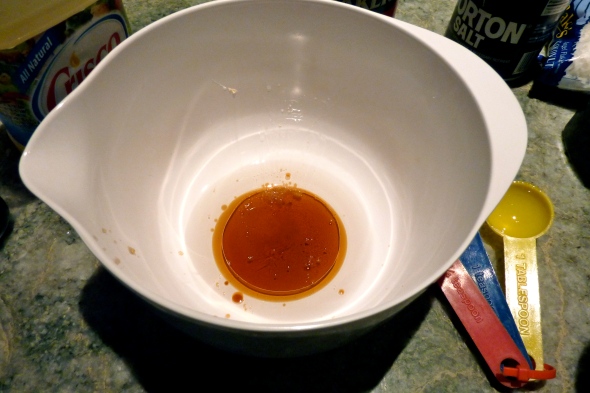 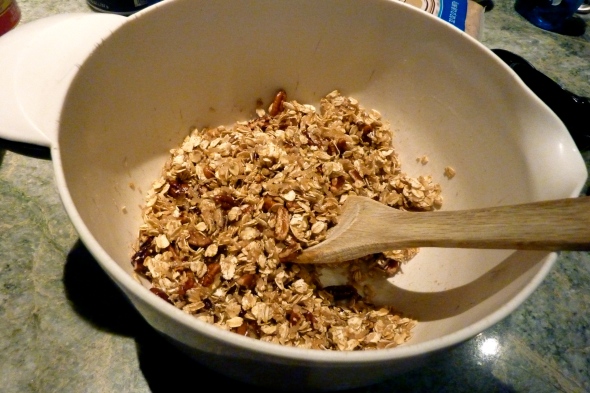 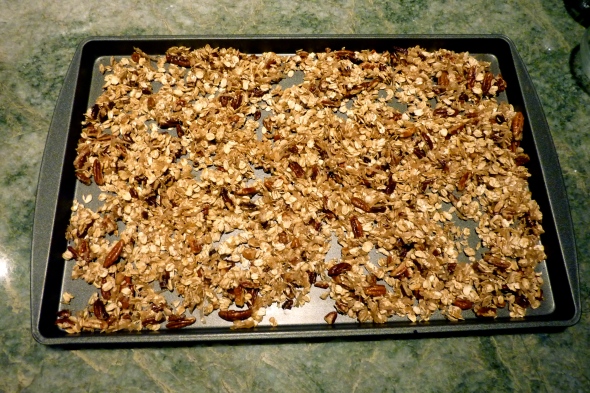 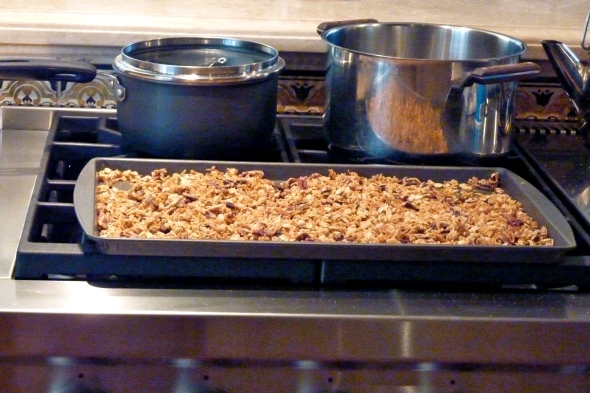 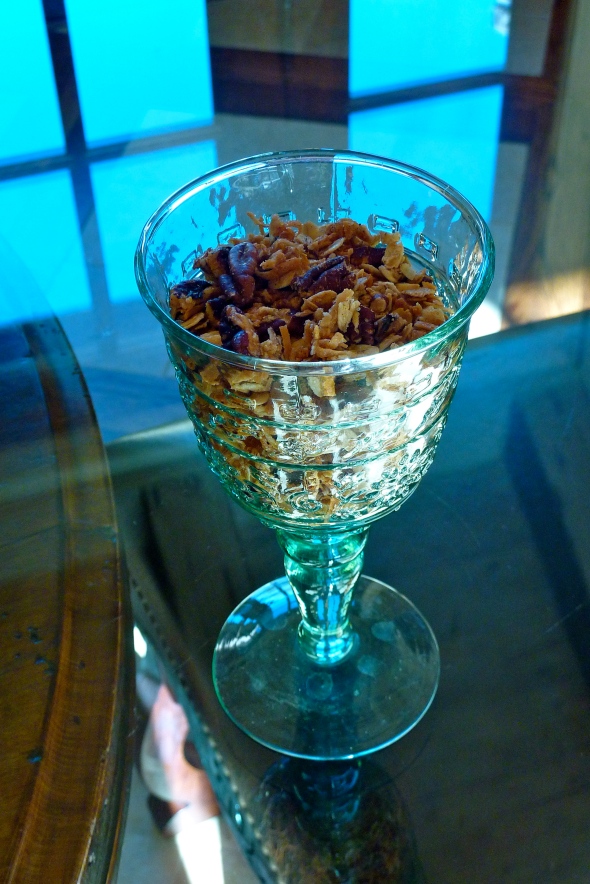 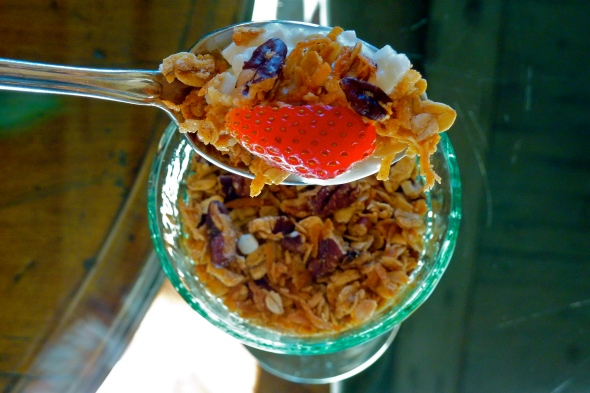 In a large bowl, combine the oats, nuts, coconut, brown sugar, and cinnamon.

In a separate bowl, combine maple syrup, oil, salt, and vanilla. Combine both mixtures and pour onto unlined sheet pan. Bake for 1 hour, stirring every 15 minutes to achieve an even color.

Remove from oven and sprinkle with sea salt. Add dried fruit if desired and mix until evenly distributed.

Enjoy over yogurt, cottage cheese, ice cream, or straight out of the bowl.